Break is Over, Back to Work! 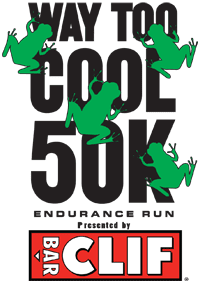 After a seven month hiatus from ultra-running, I am excited to participate this weekend in the Way Too Cool 50k. 2017 marks my fourth start at the country's most sought-after 50k. I have not run further than 15 miles since Angeles Crest 100 last August, but my base is adequate coming off the soggy California winter. Trail conditions look typically muddy; the weather forecast contains rain. I expect to see familiar faces among the ~1000 runners in attendance. And then there is that frog cupcake...

While WTC50k unofficially marks the beginning of the Northern California ultra season. It is a training race for me this year. Four weeks later, my third American River 50 Mile will be the final tune-up for my goal race of the year: Miwok 100k. Once I have that Western States qualifier under my belt, I plan to assess my standings in the PUSATF Ultra Grand Prix and lay out the rest of my racing season. I will either continue with my planned racing schedule, or throw that out the window and seek out other challenges, such as the Castle Peak 100k. My ultimate goal for 2017 is consistency. In each of the past three years, I have trained up to and completed a 100 mile run. Each of these has resulted in two to three months off as I recover and wait for motivation to return. This has the undesirable side effects of weight gain and loss of fitness. I have been on a 25 pound sine wave for three years. It is time to get off the roller coaster. 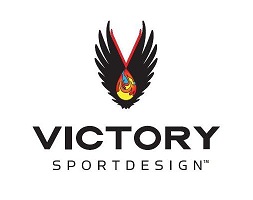 No small part of my excitement for this year is the continuation of my Victory Sportdesign sponsorship. Their support has helped motivate me, and I hope to represent their vision and products with the integrity they deserve. 2017 brings some new editions to this versatile selection of gear bags.

The Grizzly, the largest of the Victory bags, is a no-bounce backpack with a patent-pending "T-vest" suspension system. Large enough to contain two Bears or multiple other combinations of Victory bags, the Grizzly worked fabulously as a crew bag at AC100 last August.


The Kodiak is the Grizz's little brother, with traditional backpack straps and the bottom half is insulated. It fits airline carry-on dimensions, and is great for daily carry. I am using the Kodiak as my general gear bag, and it easily contains everything I need to suit up for a run. From shorts and shirts to shoes, bottles and band-aids, it has become my primary bag.


The Bear III features an expanded top flap containing additional pockets, which zips out to lay flat. I like how it presents its contents more readily than its predecessor. The Bear III will be my go to drop bag for late-race aid stations where I might need to change my shirt or shoes and resupply my nutrition.

The Coyote II sports a cool upgrade which I really appreciated last year at AC100: it expands from a moderately sized wallet design to a messenger-style over the shoulder bag. At the last aid station of the race, I used a prototype Coyote II to ditch my dirty, sweaty kit and hydration pack for some fresh duds and a couple of handheld bottles for the race finish. The end of the bag unzips and I just dumped everything in as if it were a spike bag.

All of the 2017 bags are available in a new color: slate blue. A nice alternative to the Victory red which is becoming pervasive at aid stations across the country, and not quite as attention-grabbing while traveling or commuting. Also new is the Piglet, a spike bag for your dirty gear which is included with every 2017 bag purchase. I love the versatility. Regardless of how much you want to stash or carry, Victory Sportdesign has a bag to suit your needs.

If you see Twirly or me at an event, please do not hesitate to ask about these awesome new products. I know they help me tremendously in organizing the mountains of gear I have acquired over the years. When you can shave off time looking for something at an aid station, it really helps your bottom line. Get in, get out, and get moving!