Please welcome new Wanderplace sponsors Victory Sportdesign and Trkač Specialty Running Store! Both have provided material support to me in my pursuit of long distance adventures. I appreciate their quality of service and contributions to the running community.

Victory Sportdesign, owned by Victor Ballesteros, manufactures a line of drop bags based on Western States size requirements. The bags have design features inspired by years of running ultra races. I met Victor in 2012 when the bags were first being developed. Besides pacing me at the 2013 North Face 50 Mile, Victor has donated gear for the 2014 Western States 100. I am proud to endorse his products. He continues to innovate and improve his drop bags, which are omnipresent at aid stations across the country. 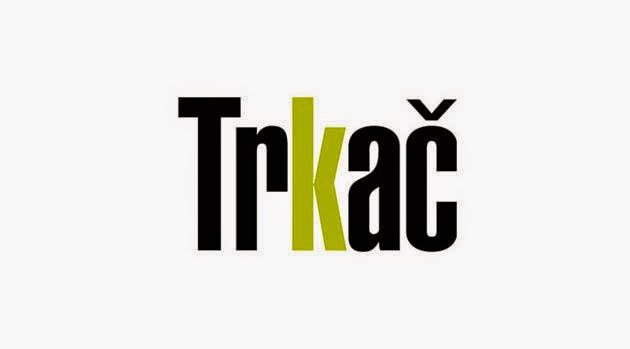 Trkač Running Store (pronounced "tracks") in Grass Valley is my local shop in Gold Country. When I began running in 2009, a trip to the running store meant a 45 minute drive to Auburn Running Company. Since opening, owners Mark and Leatrice Erickson have developed a loyal following, encouraging and enabling runners of every shape, size and speed. In addition to providing Grass Valley and Nevada City with premium running products, Trkač works with the Sierra Trailblazers in supporting a local running team.
Posted by Cap'n Q at 10:53 AM No comments:

"Fits and starts" best describes these six weeks of training. Venturing into uncharted territory has resulted in some set-backs. I have yet to execute the gradual, steady improvement that I know is prudent. My progress has reflected the blue line, not the red: 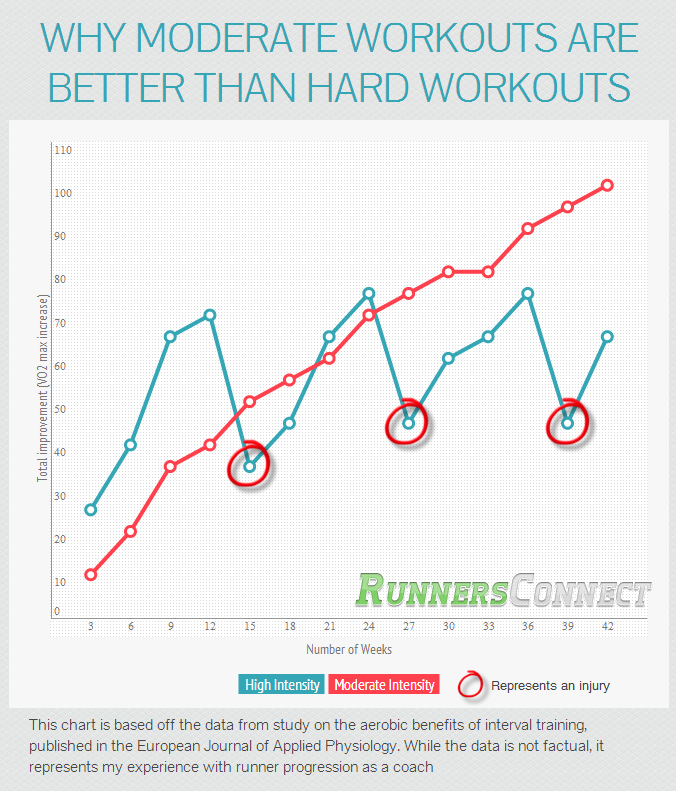 Tendinitis spooked me in late March (week 12) and I took three days off at the beginning of April to rest my foot. The tendinitis dissipated, and I was able to get in a solid block of training in the lead up to Lake Sonoma 50. A patient approach to the 50 miler resulted in a solid performance. I executed my plan perfectly and suffered few niggles.

Accomplishing my goals at Lake Sonoma bolstered my confidence to an all time high and I kept training through week 15 with no rest. That week, a lingering niggle on the top of my left ankle began speaking up. I could still run comfortably, and headed out for a 20 miler on Saturday. By the end of the run I was hobbling, and immediately began R.I.C.E.. Symptoms persisted, resulting in another six days without running. Doubt abounded.

I eased back into running in week 16 hashing with the Cougars and enjoying a Sunday jog with Twirly on the Hirschman Trail in Nevada City.

I skipped The Canyons 50k in week 17. I actually felt pretty good by that weekend, but Ann and others reminded me that getting back to 100% was more important that another notch in my race belt. Those canyons are not going anywhere. I'll spend some quality time in there this weekend for the Memorial Day Training Camp. Twirly and I got in some quality miles together in Foresthill and camping at Ruck-a-Chucky campground after a brief stop at the Canyons finish line.


Ann has earned her keep on my team, preventing me from doing too much too soon after being sidelined. Her almost daily counsel enabled me to continue to prepare despite running low miles. I am extremely happy with her assistance thus far and look forward to quality work in the weeks to come.

Week 18 saw me return to a solid week (45+). Double workouts helped; aqua jogging or 2-3 miles in the morning followed by 5 or more in the evenings. This approach allowed me to ramp up quickly without fatiguing any weaknesses. Long runs were tempered by practicing 100 mile pace to keep things easy.


Training in earnest resumed the following week. Despite all the fits and starts, I feel strong, confident and capable at this point. Training Camp weekend looms, and will contribute to 105 miles over seven days. Daunting but exciting, the upcoming weeks look to be some of the most rewarding of my running career thus far. 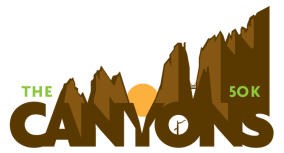 I did not start (DNS) this race. This post details what I did instead.

2104 marked the inaugural running of The Canyons 50k in Foresthill, CA. Co-race directors Chaz Sheya and Tim Madden "realized the need for an adventurous, local trail race that would allow others to experience the magnificent beauty of the canyons in the spring, and provide an excellent training opportunity on the most challenging section of the Western States Endurance Run." I agreed, and signed up for the race as an on-course training run for Western States.

The course begins at Foresthill Elementary School. The course runs east out of Foresthill, following the Western States course in reverse. Upon reaching the Middle North Fork of the American River, runners turn around. The return to Foresthill follows the Western States course as it runs on race day. I was looking forward to getting into these canyons for the first time. Lake Sonoma 50 bolstered my confidence, and I took no rest the following week. BIG mistake. By Saturday my left ankle was angry, and after a 20 miler, I had to R.I.C.E. it, for I could hardly walk. The resulting six-day break and reset meant it I would not be running. Despite feeling back to ~80% on race day, The Canyons 50k became my first DNS since taking up trail running. 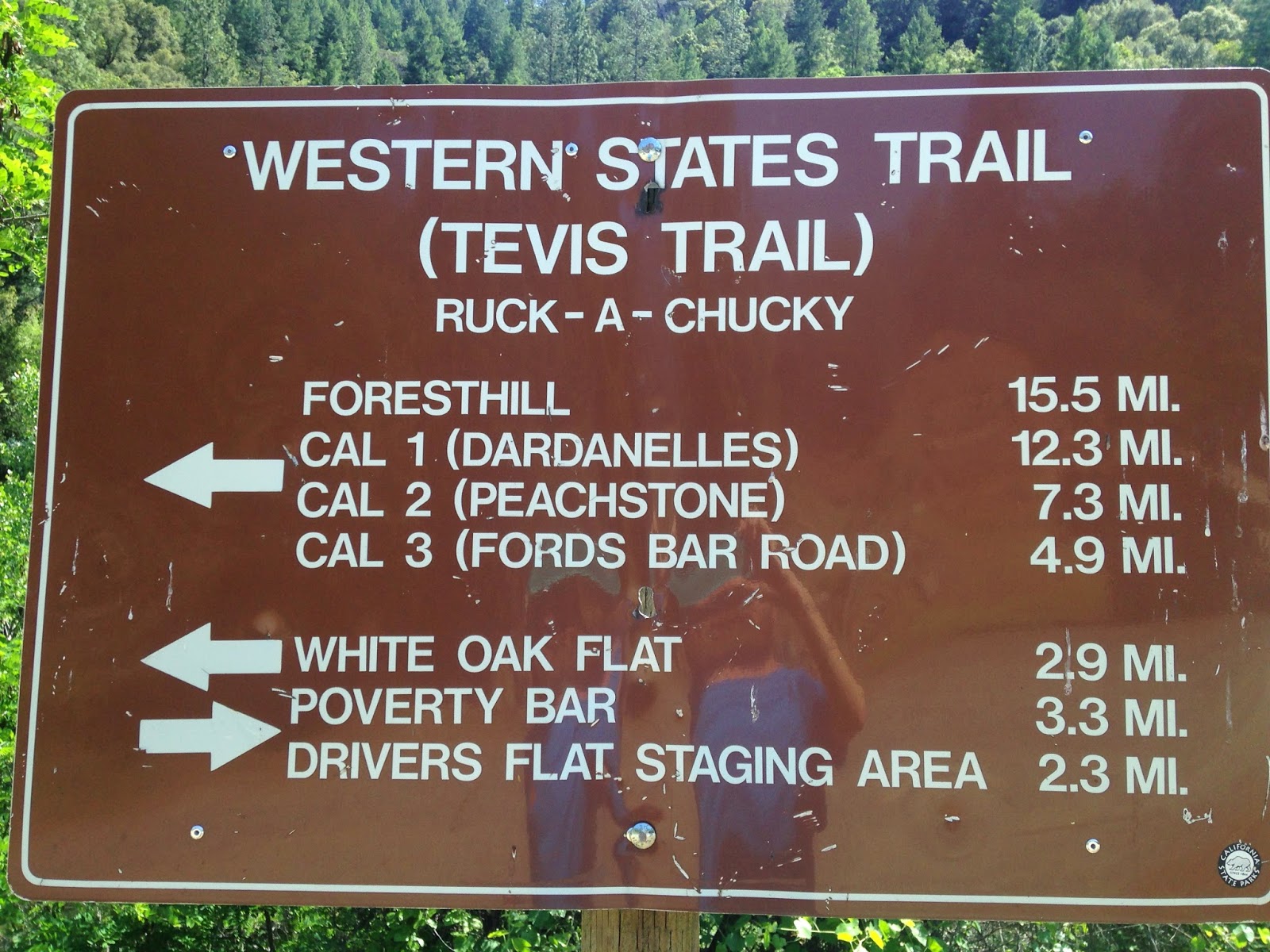 The race coordinators had all the volunteers they needed, so Twirly and I took our time getting to the event on race day. The weather was moderate with sunny skies and mild temperatures. I checked in with Chaz to get my swag. A nice trucker's hat was a welcome alternative to the standard race tee. We chatted for a bit about the race and trails, Chaz told us to help ourselves to some Tailwind, grab some grub and enjoy the festivities.

Twirly and I ran around Foresthill and down Bath Road, then relaxed at the finish line cheering in runners. We knew a few people running the race and wanted to hang out to see them finish. However, we also wanted to get a camp site at Ruck-a-Chucky campground so we left before our friends finished. Hopefully the race will continue next year, as this one is on my bucket list. 9000 feet of climbing in 50k makes for a brutal course!


Our premature departure paid off, as we got the last camp site at Ruck-a-Chucky. The day was turning warm, and I wanted to get in another run along the course. I headed up canyon to scout out the lower section of Cal 3 from Ford's Bar to the river crossing. Twirly kept up for a mile before giving in to the call of the river. I proceeded up river for a few miles before returning to camp. I soaked in the river for a while, and we enjoyed a beautiful night under the stars. 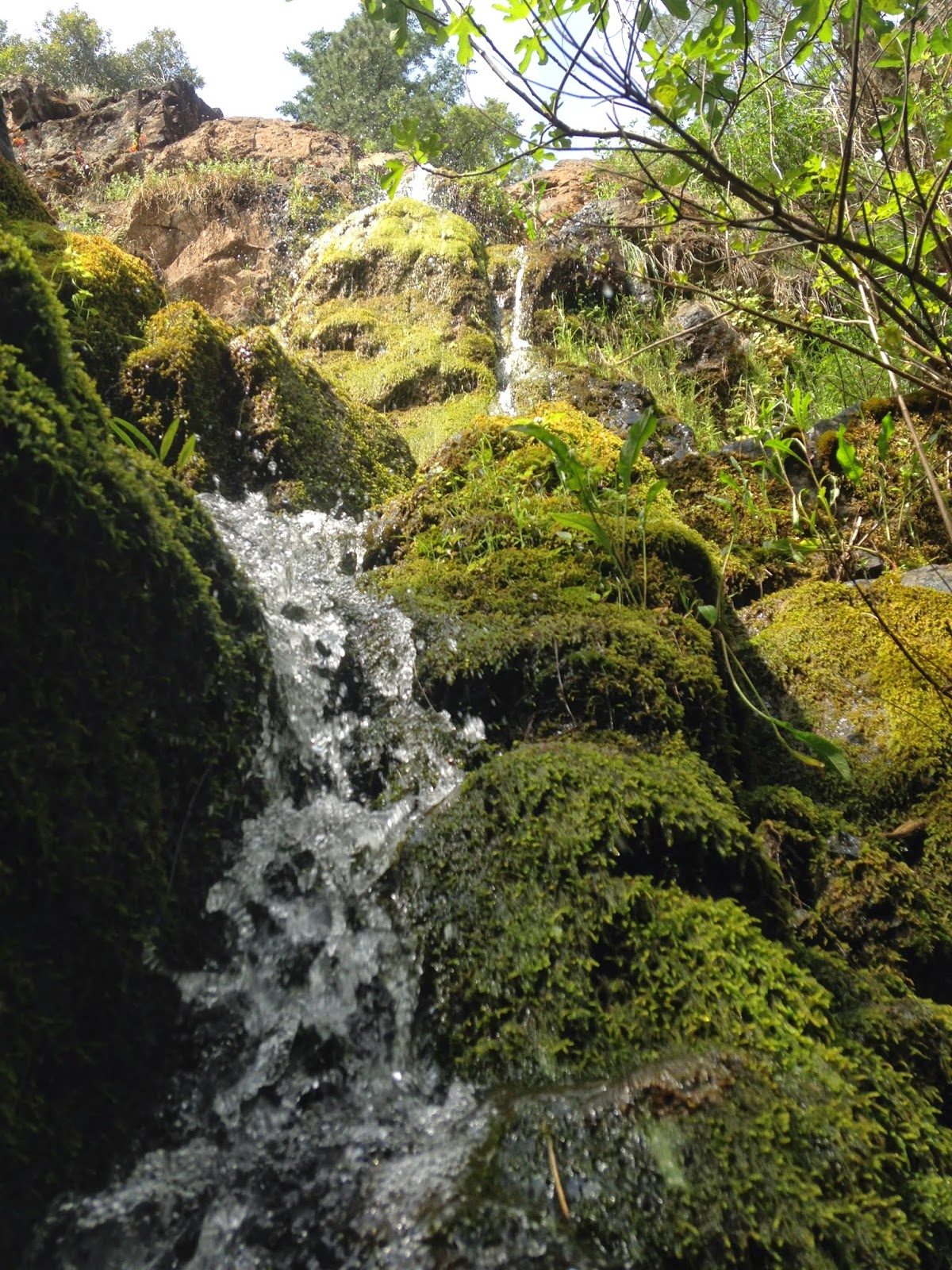 The next morning we broke camp before exploring a trail recommended by Ann. A 3-mile stretch from the campground to Poverty Bar brought us rolling hills, fields full of wild flowers and even a wrecked car in the woods. My legs were beginning to feel normal again. I realized I could have run the race without a problem, but at this point "better safe than sorry" is my mantra. I would much rather show up at States under-trained and healthy than not be able to toe the starting line at all. States is the prize, and my eye is on it!

The Power of rOund Numbers 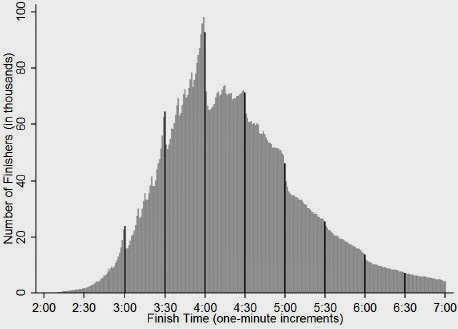 Contemplating my goals for Western States, trying to find the balance between ego and rationality, I came across this Runners World blog summarizing this New York Times blog. Not surprising, race goals are set by the numbers, and round numbers are easy targets. Being a numbers guy, I found both pieces compelling.

I have had some extra time to ponder such things, as tendinitis in my ankle has reduced my training volume significantly. The timing is horrible, as I will have to abstain from this weekend's 50k in the Canyons of the Western States trail. I was really looking forward to scoping out that section of the course. That will have to wait until the Memorial Day Weekend training camp. The break has been good for my ego though, as a 24 hour finish doesn't seem practical anymore. The fear of not showing up in Squaw Valley healthy has outweighed the potential of injury due to training too hard in pursuit of that silver belt buckle. Bronze will do just fine.